To be clear, I only keep one notebook. It’s a single subject, college ruled, spiral bound notebook. I buy a dozen or so during back to school season, when I can get them for about $0.25 apiece, and I go through about one a month.

This is last month’s: 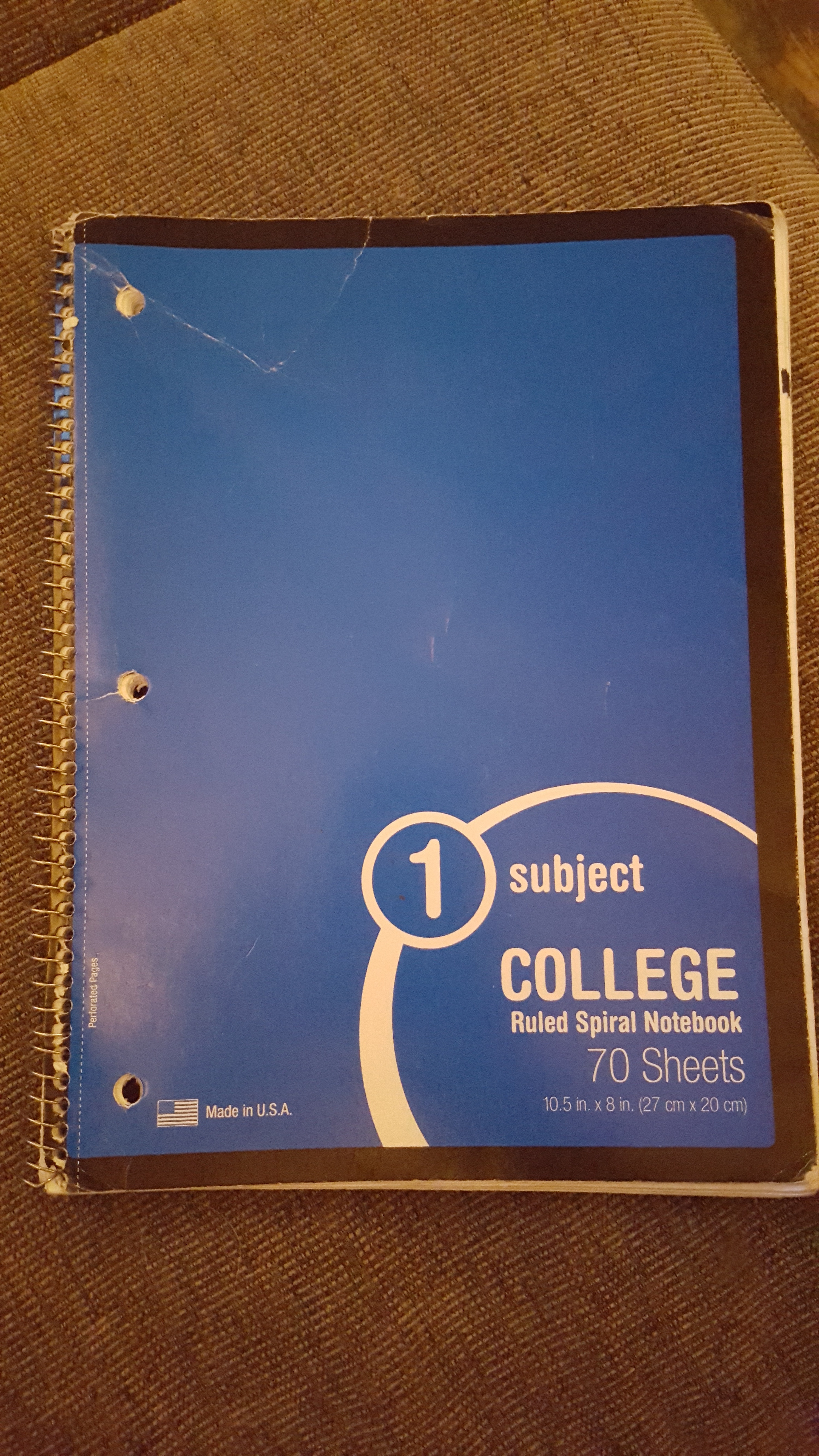 To keep track of what’s on which page, I color in “tabs” on the page ends: 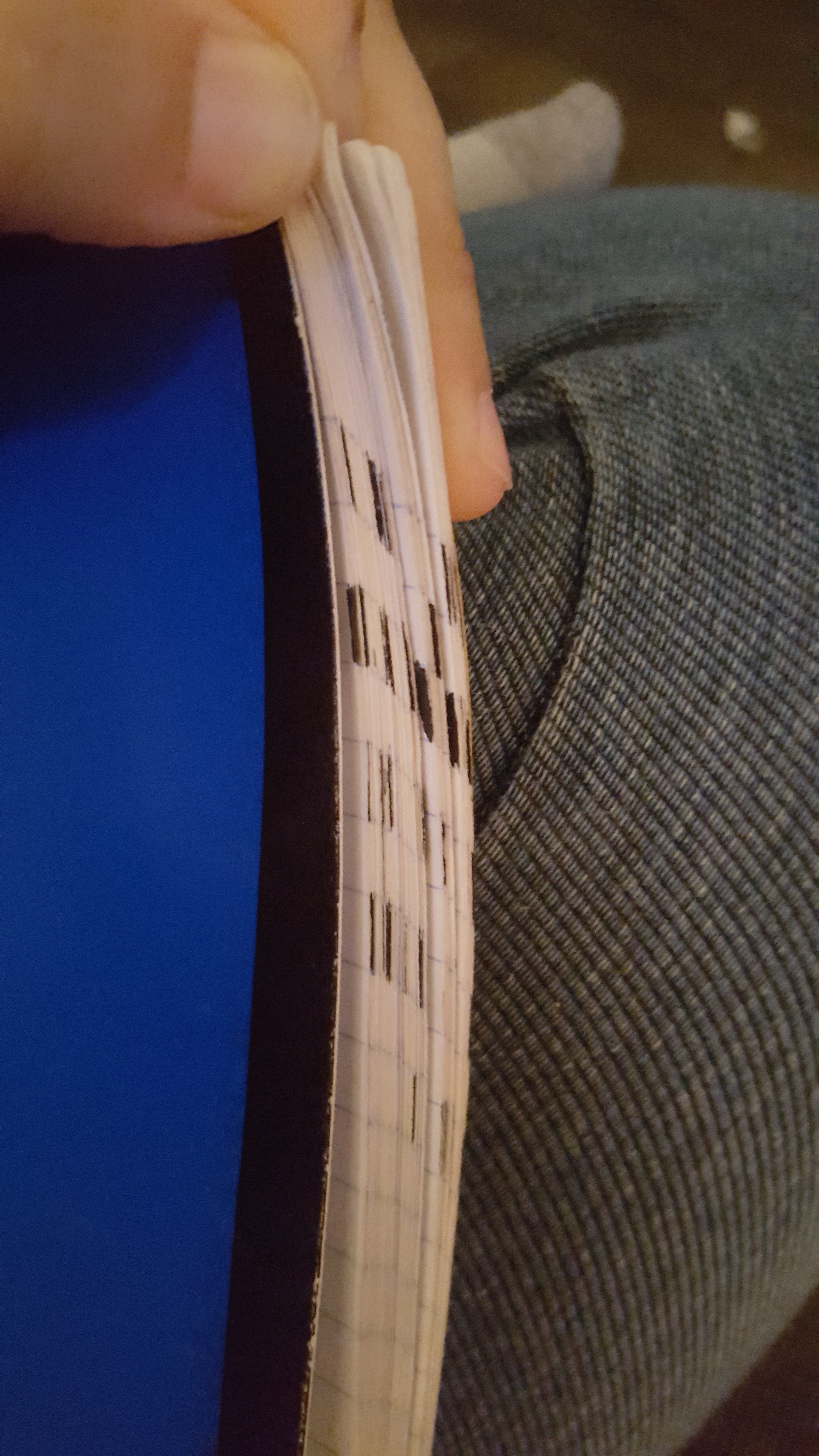 …and write an index on the back of the last page. 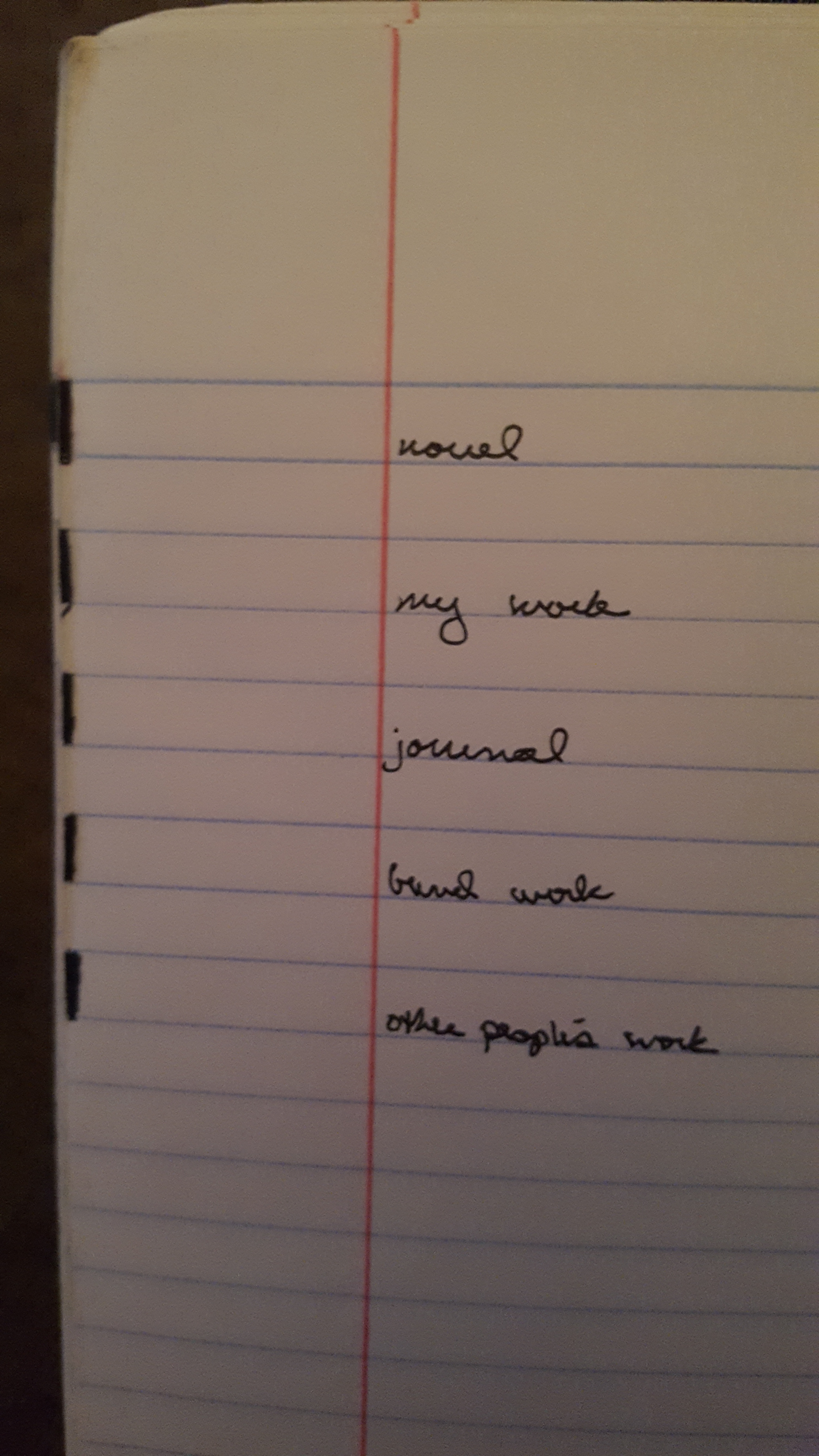 “Novel” is all work related to my novels.

“My work” ranges from blog post outlines to grocery lists.

“Journal” is my journal, “band work” is choreography, counts, etc, and “other people’s work” is stuff for my freelance clients or projects I agreed to take on for friends/family (in this particular notebook, it’s mostly notes on stuff for my best friend’s wedding).

The index varies depending on what’s in each notebook, but “novel” is always the top tab.

“Novel” is either written draft or notes.

Drafts get typed into Microsoft Word.

Notes I need for longer than it takes to type the draft, like worldbuilding stuff, get typed into my Microsoft OneNote file for worldbuilding. Right now, the sections in OneNote look like this: 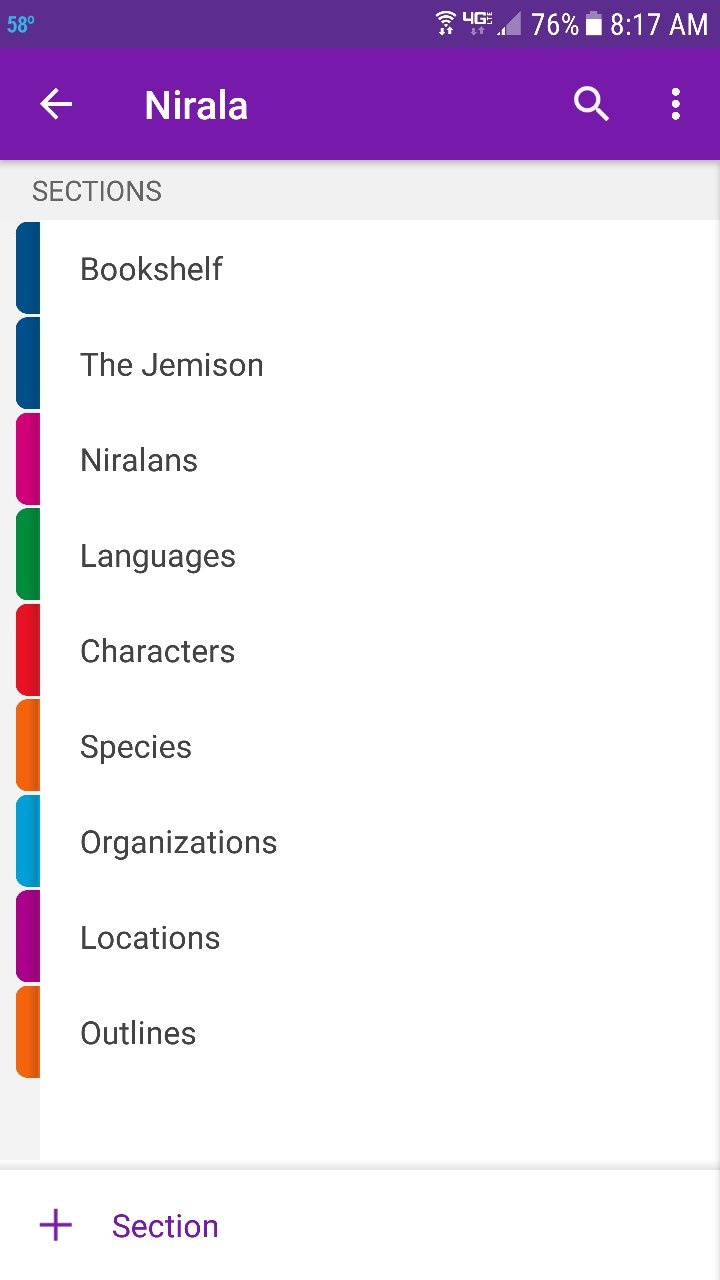 “Bookshelf” has a complete draft of every in-world piece I have published so far, as well as copies of every piece from other authors’ canons that I have referenced or that references my work (like that page of Weird Luck that has a hidden reference to Interstellar Science in it).

As my current primary setting and most detailed alien species, respectively, “The Jemison” and “Niralans” each get their own tabs.

Everything else is pretty self-explanatory. “Languages” contains notes on plural conlangs; it’s actually the longest section, even though “Bookshelf” contains three full novels and a dozen short stories. (I started writing novels to have context for conlangs, because I am that kind of nerd.)

“Organizations” gives me the most trouble, because it’s so unwieldy. Six massive corporations cause most of the trouble in my novel universe, so keeping track of them, plus their departments, plus all the non-corporation political actors and their subdivisions, gets exponentially more difficult the more I write. This section is very likely to become three: “Corps,” “Minor Corps,” and “Governments.” “Planets” will likely hive off “Locations” at some point as well.

The paper notebook acts as an extension of my brain and prevents me from scrolling Twitter for six hours when I meant to write. The OneNote file saves me from digging through several years’ worth of paper notebooks every time I need to remember some detail. So far, it’s a workable system.