I’m not sure how many glossy, four-color trees died to warn me that The Liberals(TM) are about to give us healthcare, fix our roads, or return us to a sensible immigration policy, but for some reason, those are all the flyers we’ve received this election cycle. RIP, trees.

Here are several articles that have crossed my radar in the past week. They make far better reading than campaign flyers. 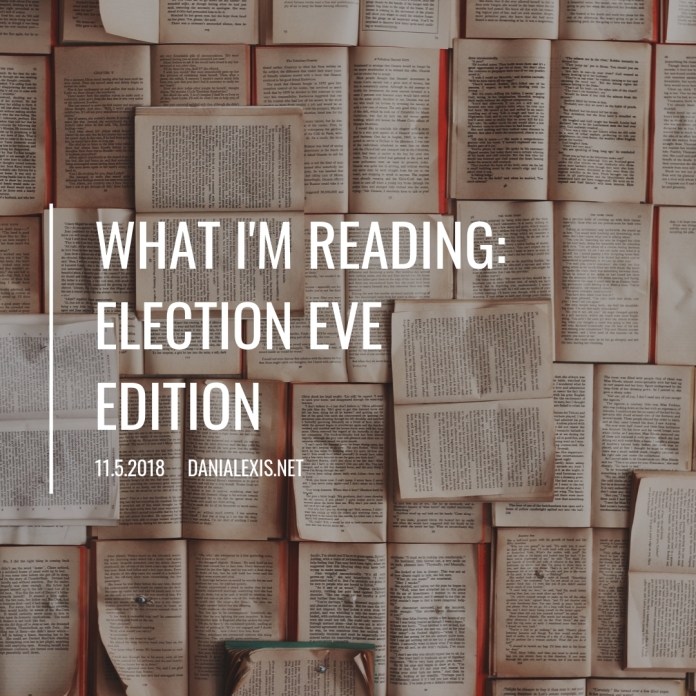 “U.S. Law Enforcement Failed to See The Threat of White Nationalism. Now They Don’t Know How to Stop It,” Janet Reitman, The New York Times Magazine

“Aside from the few white nationalists who had been identified by the media or on Twitter, Stout had no clue who most of these people were, and neither, it seemed, did anyone else in law enforcement….

This is like a Bermuda Triangle of intelligence, Stout thought, incredulous. He reached out to their state partners. ‘So you’re telling us that there’s nothing? No names we can plug into the automatic license-plate readers? No players with a propensity for violence? No one you have in the system? Nothing?'”

“Twilight of the Racist Uncles: How Facebook Is Melting the Minds of Our Elders,” Ed Burmila, The Baffler

“If you are under the age of fifty, the odds are that you have at least one older person in your life who has gone down this road in the last few years. If you are white, I am certain of it. Lamenting our older relatives’ journey down the rabbit hole of right-wing paranoia and vituperation feels, at times, like my generation’s version of having the big talk about putting Nana in a nursing home. ‘Losing a parent’ has dual meanings for us after 2016. We’re dealing with the loss of people who are very much alive—but who have become such chaotic stews of anger, persecution complexes, racism, and half-assed conspiracy theories that they can no longer hold a normal conversation.”

“But Trump is anything but a regular politician and this has been anything but a regular election. Trump will be only the fourth candidate in history and the second in more than a century to win the presidency after losing the popular vote. He is also probably the first candidate in history to win the presidency despite having been shown repeatedly by the national media to be a chronic liar, sexual predator, serial tax-avoider, and race-baiter who has attracted the likes of the Ku Klux Klan. Most important, Trump is the first candidate in memory who ran not for president but for autocrat—and won.

I have lived in autocracies most of my life, and have spent much of my career writing about Vladimir Putin’s Russia. I have learned a few rules for surviving in an autocracy and salvaging your sanity and self-respect. It might be worth considering them now.”

“How to Write Consent In Romance Novels,” Hannah Giorgis, The Atlantic

“Guillory says one of the best compliments she received about The Wedding Date was that the book could serve as a model for young people who want to better understand romantic boundaries. A friend from law school read the book with her book club, which comprised several mothers of young children. ‘One of the women told me that she wanted her little girl, when she got old enough, to read my book to know what consent was and how a man should treat her,’ Guillory said of the meeting, which she Skyped into. ‘It just really made me feel emotional, because I want girls to grow up thinking that they deserve to be heard, that their voices matter, that men should listen to them by default.'”

“Trans-exclusion breaks into two core things, that are often intertwined:

What do each of these look like at the story level? I have three examples for each, along with discussion of how each can impact sex scenes.”

“How to Write Full-Time in the 21st Century,” Lance Ng, Medium

“Commercial writing is a very unscalable way to make money. It’s not like selling products or services because you have to do it yourself and you only get paid once (most of the time). The only way to increase your income is to raise your prices. But what would justify it? Especially in an era where rates are falling for the written word. If you want to make a living out of writing, you have to rethink your value proposition today to survive tomorrow.”

“Are You Living in a Simulation?“, Nick Bostrom

“This paper argues that at least one of the following propositions is true: (1) the human species is very likely to go extinct before reaching a “posthuman” stage; (2) any posthuman civilization is extremely unlikely to run a significant number of simulations of their evolutionary history (or variations thereof); (3) we are almost certainly living in a computer simulation.  It follows that the transhumanist dogma that there is a significant chance that we will one day become posthumans who run ancestor-simulations is false, unless we are currently living in a simulation. A number of other consequences of this result are also discussed.”

(See also: this Vox video for an overview, or Brian Dunning‘s take on Skeptoid for some perspective.)

Elect me mayor of your heart: buy me a coffee or share this post on social media.