In my Quora inbox there are, as we speak, no fewer than nine different answer requests for variations on the same question: “How did you become a writer?”

Gather round, and ye shall hear my tale. 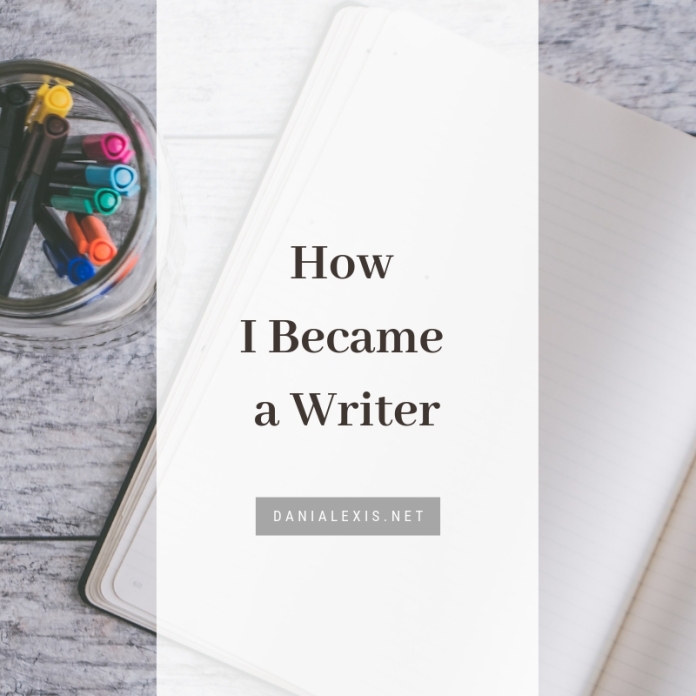 About a month into kindergarten, in ye fabled year 1987, we went to the school library for the first time. We were read a story by one of the school librarians and then turned loose onto the two rows of children’s books at the front of the room.

I didn’t even make it to the shelves, however, before the school librarian stopped me. “Are you Danielle?”

“I want to show you something,” she said, and led me to one of the tall shelves full of “big kid books” that we’d passed on the way into the library. And that’s how I met Ramona Quimby.

Ramona the Pest was the first chapter book I ever read. It took me a little less than a week to read, on my own, in between kindergarten activities like playing with clay and trying to trace my name. And I was hooked.

I knew what books were long before that first library day. I’d grown up surrounded by them, and I was reading fluently when I started kindergarten. But something about Beverly Cleary’s work made me realize, at age five, that books didn’t appear out of thin air. They existed because somebody wrote them.

I Become a Master of Plot

Fast-forward to the spring of 1990. I’m now in second grade, where reading Beverly Cleary is pretty common (I’ve moved on to The Boxcar Children, Agatha Christie, and the Baby-sitters Club). My teacher announces that we’re all going to write our own stories.

Over the course of several weeks, we write stories, edit them, draw the accompanying pictures, and paste everything into those little blue booklets I wouldn’t see again until 2005, when I had to write law school exams in them.

My book was called The Violet That Played the Violin. That was also the entire plot.

That book was the moment that I realized that not only did books exist because people wrote them, but that I had now written a book. That meant I was a writer.

The Violet That Played the Violin had rocketed me to the pinnacle of writerdom. Suddenly, I was no longer a kid who wanted to be a writer; I was a writer.

And writers write. So I wrote.

I acquired the first of a truly staggering collection of blank books and wrote a short story, “The Cat Who Made a Quilt.” In the interests of full disclosure and also total self-embarrassment, here’s the full text:

Once upon a time in the old city of Swanland, which is now Paris, there was a cat. She loved to sew patchwork quilts. Almost everyone in Swanland had a quilt made by the cat.

Everyone except Old Barney, the bulldog.

The cat’s name was Kitten. Kitten said one say, “I want to make a special quilt, but I don’t have an idea.” So she set out to find an idea.

First she tried to think of an idea. All that popped into Kitten’s head were the ideas for her old quilts. So she asked her friends. They didn’t have any ideas either. So she went to the fabric store, where she usually got her patterns and fabric.

First she decided to make a quilt for Old Barney, to make him feel better. There was only one problem. Old Barney was her enemy, not her friend.

Kitten sewed it together and then asked Anne, the prettiest poodle in town, to deliver it to Old Barney. Anne did, and Old Barney fell in love with her, and Kitten’s troubles were over.

So she went back to the pattern store, and got a new pattern. This one was beautiful. It had all sorts of different things on it. Kitten sewed it together and kept it in her family forever.

One can see the rapid evolution of my craft in this piece. It has a plot!

Starting at this point (May 1990), I was never without a working notebook again. Sometimes that notebook was the same notebook as the one I used for schoolwork, and sometimes it wasn’t. But I always, always had a notebook with me, and I got extremely itchy when I was separated from it.

And I wrote. Daily. Because writers write.

Stealth Writing and What I Learned from Fanfic

Nearly all of the “note taking” I did in high school was actually writing fan fiction. A friend and I had a joint X-Files fanfic that we’d pass back and forth between classes, each of us writing a paragraph or two instead of actually doing our schoolwork. I wrote the equivalent of two or three novels’ worth of fanfiction every year between tenth grade and the end of law school (ca. 1997-2007).

I had help from my dad as well. He and I wrote several stories and poems together when I was in elementary and middle school. There was Snow, the Christmas Horse, a novella about a poor family that sells its beloved horse and gets her back just in time for Christmas, and a 24-installment mystery in which the original American Girls (Kirsten, Samantha and Molly) search for a missing silver cup, which was probably the first piece of fan fiction I ever wrote.

Fan fiction was absolutely essential to my eventual career in which I actually write in exchange for actual cash moneys. Fan fiction taught me a lot about characterization, pacing and scene development. It also taught me why Shift+F7 is not your friend and why words ending in -ly will not in fact make your story better.

Where Ideas Come From

I honestly don’t remember having been troubled by “where ideas come from” when I was a kid. The point of being a writer was to write, not necessarily to have ideas for The Great American Novel or whatever.

So I didn’t always try to write fiction. Sometimes writing consisted of copying entire poems out of my dad’s Oxford anthologies. Sometimes it involved character assassinations of whichever classmate had treated me crappily that day. For two weeks in eighth grade, it consisted of trying to translate the US Constitution into ordinary middle-school English.

The point was to fill a notebook a month. I didn’t matter what I filled it with.

By the time I left high school, the basic structure of my writing skills was already in place. My writing has improved dramatically during that time, but the fundamentals I fall back on today were all things I learned between the ages of seven and 17.

I learned them by writing. Because that’s what writers do.